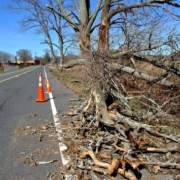 Everyone wants to be “safe.”  Whenever you do something that is arguably risky, and you pay someone else to do it, whether that is whitewater rafting, horseback riding, or other recreational opportunities, the company helping you do the recreating usually wants you to sign your rights away.  I haven’t liked it, but I have signed several of them within the last year or two.

In Idaho, with some exceptions, these liability waiver agreements have been found to be valid.  Whether that is good policy or not can be debated, but it is important to feel comfortable with the provider of these services, if you are going to give your rights away before the recreational activity even starts.

Choose your company wisely, because if you are seriously injured with a neck, back or brain injury as a result of a company’s negligence, and you have already given up your right to get damages, your ability to recover might be gone, even if you hire a good lawyer with “rock solid values and ideals.”

Have a safe summer. 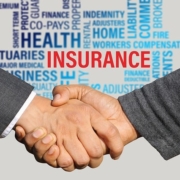 When we first meet with a client, we often ask them what insurance coverage they have.  The response is usually, “I have full coverage.”  Most people don’t really know what they need to have.  A few people pay for unnecessary coverage.  Many more are very disappointed to find they don’t have enough or the right kind of coverage when something bad happens.

Liability Coverage:  This is the coverage that takes of things if you make a mistake and hurt someone else, like in the instance of a car accident.  These limits should be high enough that your assets are not at risk.  A student or someone who is just starting out, doesn’t need as much as someone who owns a home and some other property.  Often, doubling or quadrupling your coverage is not nearly as expensive as you would think.

Medical Payments Coverage:  This coverage pays for your medical bills if you are involved in an accident.  Typically, it is fairly small, 1000, 2000 and 5000 are common limits.  Some people have much higher coverages, but if you have health insurance, very high limits on this coverage are not necessary.  It is fairly expensive to raise the limits to high levels on this coverage.

Uninsured and Underinsured Coverage:  This coverage is very important.  It is very inexpensive.  Typically, you can’t have more uninsured/underinsured coverage than liability coverage, but there are a number of people who are either uninsured or underinsured, and this protects you if someone like that hits you.  With as expensive as medical care is, this coverage should probably be at least $100,000 per person and $300,000 per accident, unless there is absolutely no way to afford it.

There are many other coverages, including “umbrella” policies that cover you for very high limits and liabilities.  If you underlying limits are fairly high, an “umbrella” doesn’t cost that much either.

The cost of not having enough coverage can be devastating.  Sometimes, the pie is very small that we are trying to carve up.  Take a look at your declarations page on your next renewal.  Feel free to give us a call if you have questions.  As always, this information is general, and may or may not apply to your situation. 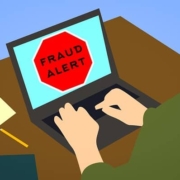 Dale Dixon of the Better Business Bureau wrote an article on May 6, 2009 in the Idaho Statesman that told only half the story of Insurance Fraud.  When dishonest people cheat insurance companies, they will pass the loss onto us and we will all pay a bit more for our insurance.  I agree it is terribly wrong, but the other half of insurance fraud, when an insurance company cheats an Idaho citizen, trickles down to the taxpayer probably way more significantly than the other fraud raises premiums.  The more important harm is the financial blow, sometimes fatal financial blow that is inflicted on Idahoans when an insurance company cheats an Idahoan.

I went to law school as a naive young man.  I had various ideas about where I wanted my legal career to go, but I was firm in my resolve that I would never be one of “those dirty injury lawyers.”  Fate and insurance fraud would change my opinion. During law school my wife caused an auto accident that thankfully caused only minor injuries but resulted in several large medical bills for us.  I asked my auto carrier (a large and well respected insurance company) if I had coverage for our medical expenses and they lied to me.  Twice.  After several months, much anxiety and frustration, and speaking to anyone I thought might know, I was told that PIP or med pay coverage would cover our medical expenses even though my wife caused the accident.  I searched my policy and found that I had been faithfully paying for $10,000 per occupant of that very coverage.  Finally, armed with knowledge, I confronted my insurance company again and they promptly paid our bills, (after some of the medical bills had been turned over to a collection agency).

While not tragic, this experience with insurance company fraud helped me realize that good honest people really need help and that you cannot rely on a company (even your own) to tell you what you need to know.  My resolve to avoid injury law was bending.  I graduated law school in the recession of the early 1990’s and could not pass up my first job offer even though the firm’s practice included helping those injured in auto accidents.  In a few years of this work I heard my clients frequently tell of being the victims of the same and other lies from insurance companies.  The transformation was complete and I was ready, willing, and now proud to be called a true blue injury lawyer.  As an injury lawyer, I love the fact that we can take a client from any economic or social background and put them in a fair fight to help a multi-billion dollar insurance company keep its promises with the citizens of Idaho.

Don’t get me wrong.  I hate human on corporation fraud probably much more than most people do.  That fraud, and mainly its reputation, ruins it for good honest people who make legitimate insurance claims.  Because of fraud and its reputation, the insurance claims department can justify a policy treating all claims as if they are fraudulent.  My work in helping people navigate the insurance claims process is significantly more difficult because of a very small minority that have tried to cheat the insurance companies. I personally know many honorable and honest people working in the insurance industry and am in no wise saying the whole industry is corrupt. I see the worst cases and don’t hear from people when their insurance claim goes well.  But if you don’t believe Corporate on human insurance fraud can and does occur in Boise Idaho you should read the story of Cindy Robertson.  The Idaho Supreme Court, the trial court judge and the Boise jury all had harsh words for a major insurance company who had a plan to save money using bogus medical reports to deny valid claims on Idaho citizens over and over and over again.

In addition to the Idaho Department of Insurance and the Better Business Bureau, each insurance company has experienced claims adjusters, lawyers, and, dedicated anti-fraud units to protect the corporate assets.  The insurance claims process is far from an honor system and thankfully most people dumb enough to cheat on an insurance claim get caught.  However, all too often, the only thing standing between corporate fraud from an insurance company on an Idaho citizen is one of those “dirty injury lawyers.”  Thankfully, there are many honest injury attorney’s who will give you a free consultation and give you the information you need to handle your own claim with confidence or will represent you and charge you a fee only if they recover money for you.  Yes, there was a local injury lawyer who was recently caught cheating, but he was discovered, and prosecuted and is not able to practice law right now.  I know most of the injury lawyers in Boise and believe they will be honest because it is the right way to live, not for fear of losing their ability to practice law.  When was the last time you heard of an insurance company losing its right to work, even temporarily?

My point is that insurance fraud should be examined from the full view and not only the side that has the ability and the resources to protect itself.

We are currently working on our blog but look forward to.

All this and more coming soon….