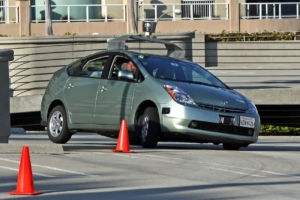 According to Govtech.com, the laws will determine how the cars must be insured, and who can use them. Additionally, the laws will set safety standards for the cars.

Idaho is an ideal state in which to test the cars, given the long, and often empty roads available in the state.

Yet, will Idaho roadways be safer with driverless cars on the road?

According to The Guardian, driverless cars could make it easier for riders to share vehicles, thus keeping cars on the road when they are needed, and freeing up parking spaces in already congested city centers.

Yet, some critics are worried that the technology is too new. While studies are optimistic that the cars will reduce the number of accidents on the road, it isn’t clear how many of the cars will perform in real-world conditions. One of the questions regarding driverless cars pertains to the issue of liability. In the event of an accident involving a driverless car, who is responsible? Is it the automaker, or the person in the car who programmed the directions? Idaho lawmakers are considering requiring that controls be placed in cars to ensure that drivers can override the automatic system in the case of an emergency. If this is done, and an accident occurs, who will be to blame?

The FBI even expressed concern that driverless cars might be used by terrorists as weapons.

Idaho is also considering requiring that black boxes be installed in driverless cars. This way, when accidents occur, law enforcement will be more able to perform proper analysis of the causes of the accident.

Personal injury lawyers will also closely monitor how the law handles accidents involving these vehicles. Surely, once more people use these cars, more precedents will be set.

The Law Office of Johnson & Lundgreen has years of experience protecting the citizens of Boise and Meridian, Idaho. When accidents occur, the firm is there to ensure that victims understand their rights. While driverless cars are years away from being ubiquitous, the firm plans to keep a close watch on the impact of these cars in terms of passenger and highway safety.

Who is Responsible in a School Bus Crash?
Scroll to top