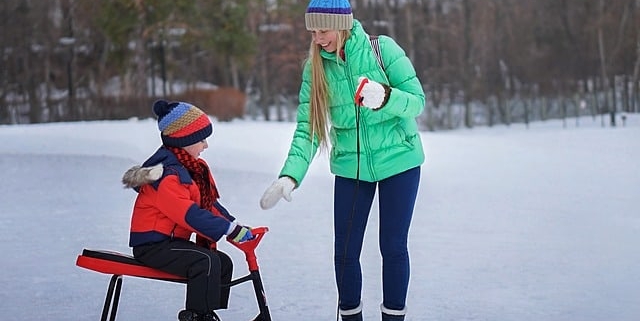 With winter weather in full swing, many young people (and adults) bring out their sleds for a fun day sliding down hills in parks, and sometimes, more dangerously, on city streets. Many people remember the magical moment they first felt the rush of cool air as they zoomed downhill on a sled. Unfortunately, sledding brings with it some real risks, particularly for individuals who choose to sled down streets and roadways. 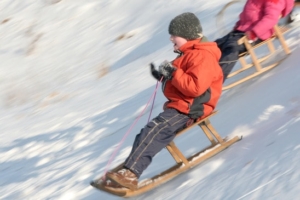 The news is full of tragic stories in which teens and young children are injured or killed due to sledding accidents. The risk of broken bones, traumatic head injury, or other life-threatening conditions is increased in sledding accidents due to the forces and the speeds sleds can take as they accelerate downhill. Many of these accidents can be life altering for the individuals involved.

Children who sled on streets put themselves at risk of getting hit by cars. Most sleds cannot be turned or maneuvered easily and many sleds offer their riders little to no control or brakes. If a person on a sled faces a head-on collisions with a tree, a fence, or a car, there is little to be done to stop the accident from happening. Sleds can take on speeds that make it difficult for individuals to stop them once they pick up momentum.

The problem has become so severe that some cities have gone as far as to ban sledding in the municipality altogether. ABC News recently reported that many cities have banned sledding in order to avoid personal injury liability claims. A study performed by the Center for Injury Research and Policy found that between the years of 1997 and 2007, over 200,000 children went to the ER for sled injuries. NBC News reported that researchers estimate that the number of sledding accidents over the last ten years equals the number of bike accidents in a single year. The risk of sledding is rather considerable when one considers that people bike year round, while there are only a few days every year where people can go sledding.

For instance, the city of Dubuque, Iowa, received a $5 million judgment after a 5 year old girl was paralyzed in a sledding accident.

There are measures people can take to keep themselves safe from injury. Individuals who sled should consider wearing a helmet. Researchers found that the head was the most frequently injured body part when sledding accidents occurred. Parents should be aware of where their kids are sledding. Sledding on a roadway or driveway is more dangerous than sledding in a park.

While many accidents between sled riders and vehicles can be easily preventable, the sad reality is that the winter season brings with it many hazards. Even so, outright bans on sledding seem a bit draconian given the joy sledding brings to those who participate safely.

The Law Office of Johnson & Lundgreen are personal injury lawyers in Meridian and Boise, Idaho. Every year the firm sees many preventable accidents and urges families and children to stay safe this winter sledding season.