A Boise family is asking questions after a school bus crash resulted in their daughter arriving home over an hour late. According to KBOI TV, The parents were not informed that the accident occurred and they were left to worry about where their daughter was. 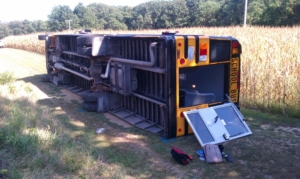 The family found out about the accident from a relative who saw that a bus had gotten into an accident.

Yet, when the family asked about who was responsible for contacting them, a circular blame game began, with the school claiming it was the bus company’s responsibility and the bus claiming that it was up to the school to let parents know.

Fortunately, in this case, no children were injured when the bus hit a car as it turned. Investigators are still determining who is to blame for the accident.

The parents, however, are left wondering why there isn’t a more robust alert system in place to let parents know about accidents and incidents. For instance, a simple text-message-based alert system could ensure that parents remain informed.

The accident raises important questions about who is liable in cases where children are injured in school bus accidents. For instance, in the case of private bus operators, it is often the private bus company that is responsible. If the school owns the buses, then it is the school’s responsibility to protect its students when they are travelling. Yet, what happens when a school contracts buses? In this case, determining liability can be a bit more thorny. Often, personal injury lawyers will have to look at the contracts between the school and operators.

According to the Virginian Pilot, in cases where children were injured on South Hampton school buses, parents were able to receive compensation for injuries their children received while riding on the bus. Yet, sovereign immunity laws can make it difficult for parents to initiate lawsuits against school districts and government operated buses. The process for filing a lawsuit may also be different when the claim is against a school board or a publicly-operated bus. Failing to follow proper procedure can result in the dismissal of a case.

The Law Office of Johnson & Lundgreen understands that our children’s safety is of primary importance in Meridian and Boise, Idaho. The firm works diligently to defend the rights of children and families who have been injured in car or bus accidents. 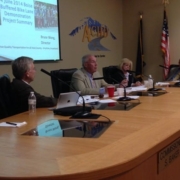 Idaho Regulators Looking to Create Laws Regarding the Use of Driverless Car...