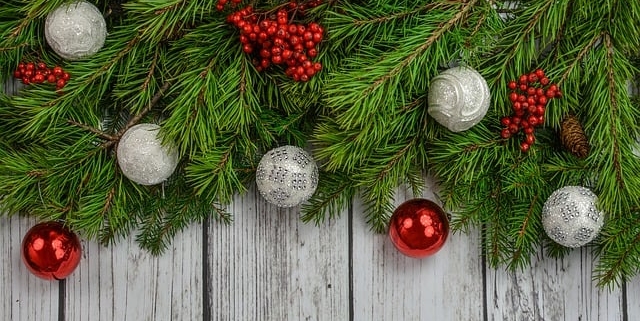 Merry Christmas? I say yes. I try hard to be a good guy and not offend people. The politically correct crowd has told us that saying Merry Christmas shows contempt for those not of the Christian faith. I disagree. However, I worry that as a Christian I am being both ignorant and arrogant in holding this opinion. I have given it much thought over the years and still maintain that wishing someone a Merry Christmas is on its face and in its expression the very opposite of contempt.

The Christian in me is taught to do unto others as I would want them to do to me. I try to picture myself living in a country dominated by another religion. Assuming it is a religion that teaches doing good, I would have no problem taking a day off work and even actively celebrating such a religious holiday. Christians have a message of hope and peace and are told to spread the joy to the world. So is it proselyting to wish someone a Merry Christmas? Do people want to preached to? If put to a vote we well may say we don’t want to hear each others opinion on religion. I rather believe it is a cultural tradition that has deep religious significance but has transcended religion and had become an important part of American culture. Those that seek to remove Christmas from public discussion are treading on not only sacred ground but shaky logic.

Some believe that civilization would be better off without religion. Despite those who have done evil in the name of religion, I believe religion gives civilization a structure, a sense of purpose and a much better chance of treating each other tolerably. I believe society is harmed when religion is placed into the closet. I do not believe laws, police or military can force people to respect each others right to life liberty and the pursuit of happiness. It is religion that fortifies the code of ethics that becomes the bedrock of a happy society. I don’t mean to say non religious people are bad, I know many outstanding people that are not religious and I know many religious people who seem not to know right from wrong. However, I firmly believe that a society will be much more livable, and enjoyable if the principles of religion, namely looking out for the interest of others, is liberally spread throughout the population.

Does it somehow violate the constitution when religion crosses into public life? The lawyer in me has no problem with the presence of religion in the public arena. The greatest constitution in the history of known civilization (ours) expressly states that no law shall be allowed that would prohibit the free exercise of religion. The constitution also wisely prohibited the establishment of religion. Many years later a Supreme Court Justice wrote about a wall of separation between government and religion and took the establishment clause too far in my view so that now the interpreted opinion of separation of church and state has overpowered the plainly stated right of the free exercise of religion.

However you choose to celebrate the holidays, I wish you peace, good health and a Merry Christmas.